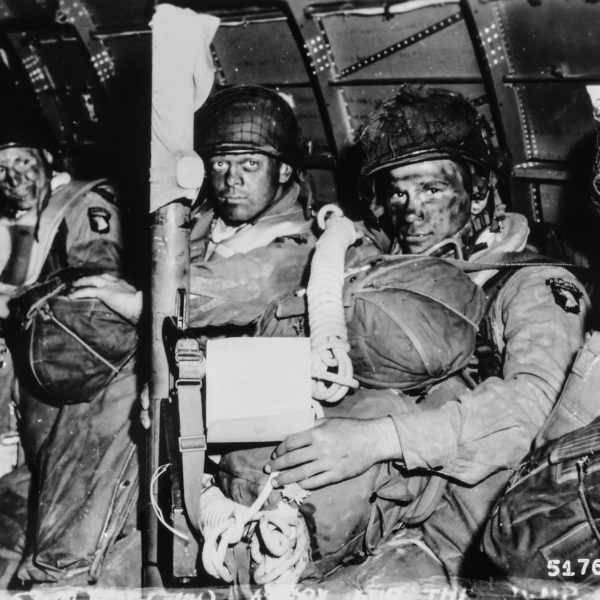 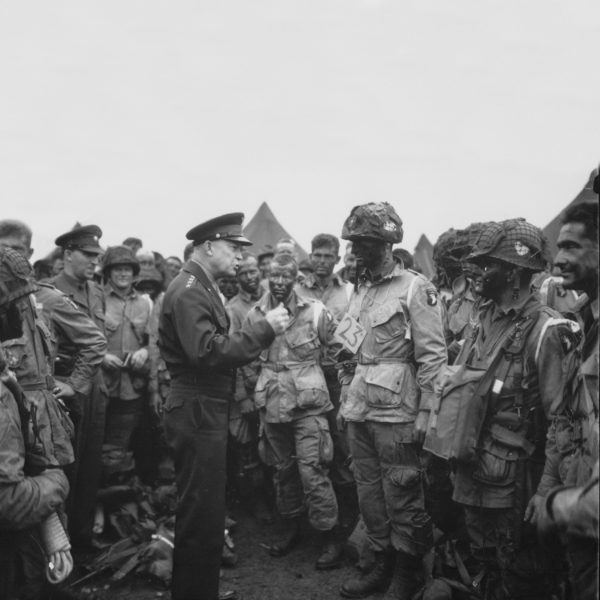 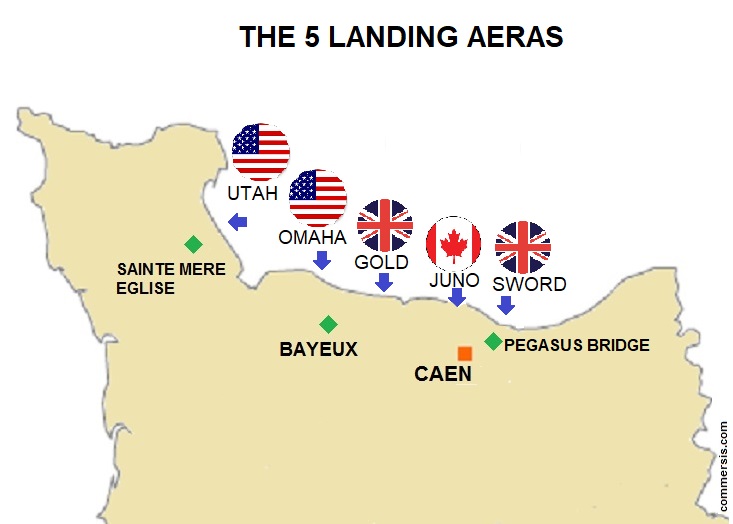 Before visiting the landing beaches it is essential to understand D-DAY.

The Normandy landing is the largest military operation of all time.

1 / The deployment of airborne troops 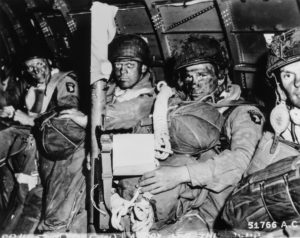 Thousands of paratroopers had been sent before, at night, to allow the soldiers who were about to land to make rapid progress in the field.

American paratroopers distinguished themselves in particular at Sainte Mère Eglise.

English paratroopers had two objectives: to seize the bridges over the Orne river and to get their hands on the Merville Battery. The capture of the Bénouville bridge (Pegasus Bridge) is one of the highlights of the landing.

They were intended to destroy radar stations, artillery batteries and fortified points. 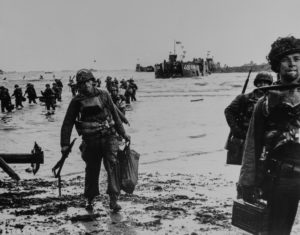 Initially, the assault was to take place in May on a smaller front.

However, Eisenhower wanted to expand it to the West.

The allies therefore focused on 5 areas. 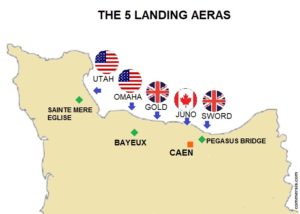 2 to the US Army (UTAH BEACH and OMAHA BEACH)

2 to the British Army (GOLD BEACH and SWORD BEACH)

1 to the Canadian Army (JUNO BEACH)

American troops were also sent to the Pointe du Hoc. It is a 98 feet high cliff that served as an observation post for the Germans throughout the sea.

The rangers fought hard to take possession of it.

On the evening of June 6th, 10.500 soldiers were killed, wounded, missing or prisoners. Several months later, at the end of the Battle of Normandy, the Allied death toll was 37,000.

These soldiers are buried in several Norman cemeteries.

To summarize, the most important sites are therefore :